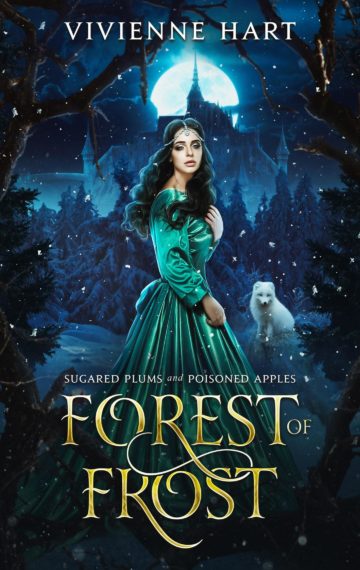 After her father dies, Princess Snow thinks life can’t get any worse. After all, she’s trapped in a frigid, ruined kingdom, her only remaining family a wicked stepmother. But Queen Icilyn has terrible plans for the princess: In honor of the holiday season and the kingdom’s solstice celebrations, she intends to marry Snow off to a stranger old enough to be Snow’s grandfather.

Horrified, Snow escapes to the dangerous Forest of Frost. There, she finds her way to an enchanted cottage and meets a friendly snow fox and seven kind but unusual strangers. When Icilyn tracks Snow down and casts a deadly spell upon the princess, it’s up to Snow’s new friends, a handsome Yule King, and the magic of the holiday to save her.

Will the Yule King be able to break the Icilyn’s dark enchantment? Or will Princess Snow be trapped in the sleep of death forever?

Find Forest of Frost: Sugared Plums and Poisoned Apples, along with a whole host of magical holiday tales, in Fairytale Christmas, by Enchanted Quill Press.