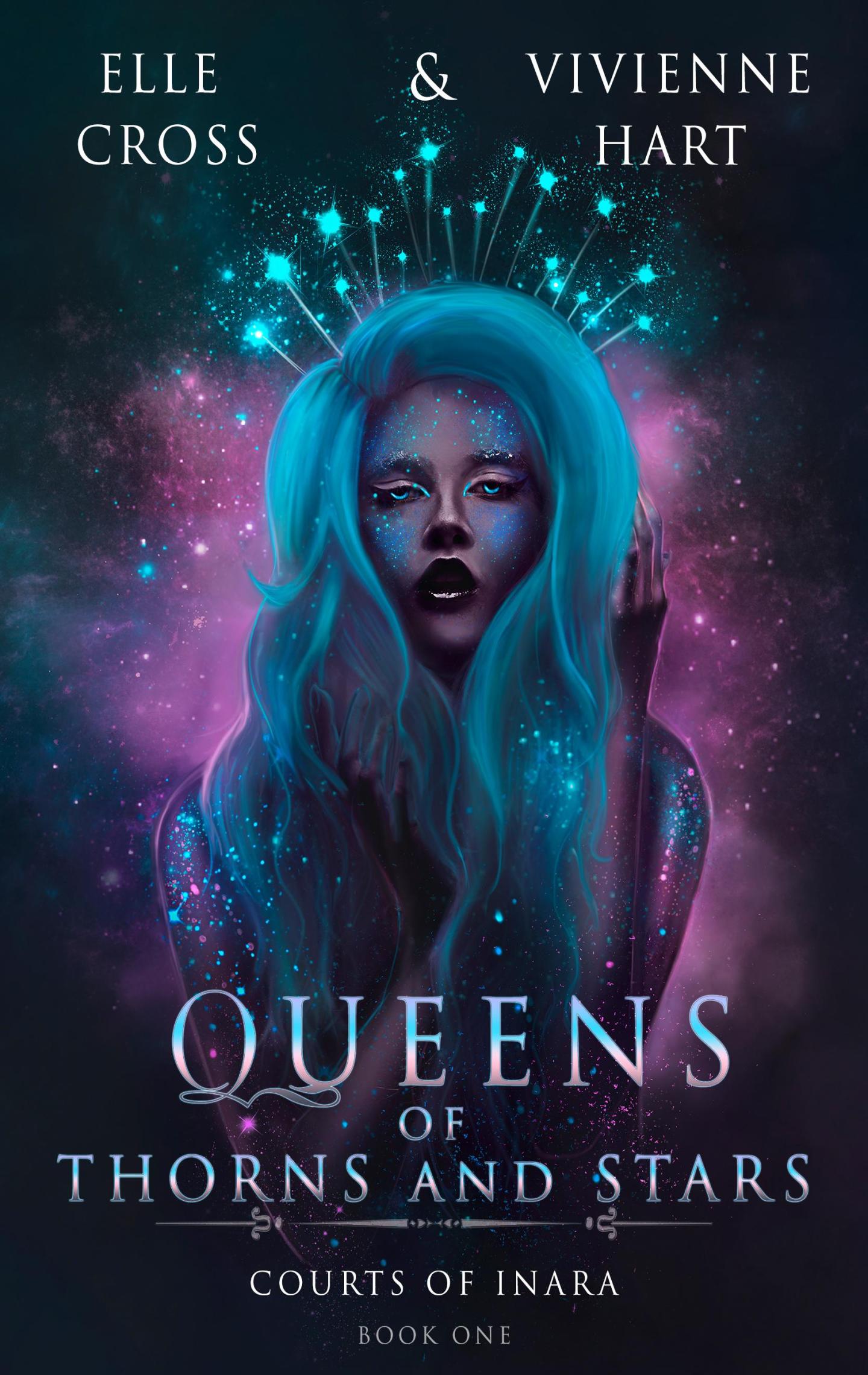 The king is dead. Long live the queens…

At long last, the cruel King of Thorns is dead. With him murdered and gone, his widow, Queen Acanthe, can finally enact a plan a thousand years in the making. Partnered with an enigmatic dark entity, Acanthe embarks on a killing spree across Inara, collecting the powers of fallen royalty. If she succeeds, she’ll finally be able to open a portal to Earth, her former home — even if opening such a portal means destruction for Inara.

As one of the few remaining members of Inara’s nobility, Queen Sitara of the House of Stars is the only one who can stop Acanthe. But as a young queen, she hasn’t yet fully come into her powers and isn’t strong enough to defeat Acanthe on her own. Enter Raze: a mysterious prisoner with his own secret agenda. In exchange for his freedom, he agrees to help Sitara save their world. But between their mutual distrust and simmering attraction, will they be able to find a way to work together to save Inara before it’s too late?

When the blood settles, who will reign?

Queens of Thorn and Stars is the first book in a reverse harem dark fantasy series for fans of Holly Black, Anne Bishop, and Jacqueline Carey.